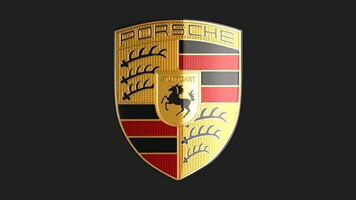 We’ll take a look at five notable classic Porsche sports car models that Porsche enthusiasts have enjoyed throughout the years. When looking at sports cars for sale in Bakersfield, you won’t find these models on the preowned lot.

The Porsche 356 was the first car developed by Ferdinand Porsche. He started with the design sensibilities of his Volkswagen Beetle design and used it as the basis for a sports car. The 1.1-liter flat-four engine developed 35 horsepower and could reach speeds of 83 mph. The original design used a two-piece windshield with a center bar, which was replaced by a one-piece windshield in 1952. All generations were also offered as open-top models.

The Porsche 901 debuted in 1963 at the International Motor Show in Frankfurt as a successor to the Porsche 356. Production began in 1964. The 901 was actually the first 911. When the 901 was presented at the Paris Motor Show in October 1964, Peugeot objected to the 901 nomenclature, arguing that it held a patent on three-digit model designations with a zero in the middle. In response, Porsche renamed the model to the 911. Only 82 units were manufactured before the name was changed, and these remain highly sought after by collectors.

The Porsche 914 was developed as a result of a collaboration between Porsche and Volkswagen. It was the entry-level model when it was introduced in 1970, and it brought a new audience to the Porsche brand. This two-seater, called the “VW Porsche,” was a mid-engine sports car that featured short overhangs, a long wheelbase, and a removable fiberglass center panel. The 914 also came with pop-up headlights and had two engines on offer, a 1.7-liter flat-four manufactured by Volkswagen that produced 80 hp, and a 2.0-liter flat six block from Porsche that generated 110 hp. The 944 Turbo was launched in January 1985. It featured an aerodynamically improved front apron with integrated high-beam headlamps and fog lights. The 944 Turbo was powered by a 2.5-liter turbocharged engine that developed 220 hp. In the 1989 model year, the 944 Turbo got the same engine as the Turbo S. The last model year was 1991; during that year, buyers could also get the 944 Turbo as a Cabriolet.

The Porsche 959 was the most advanced and most powerful car at the time of its launch. Only 292 models were created. The Porsche 959 featured a biturbo flat engine with water-cooled four-valve cylinder heads and all-wheel drive. It represented the height of automotive design at the time. The Porsche 959 sold out quickly, despite its high price tag.

We want to help you find the perfect car that fits your budget. Please adjust the options below so we can estimate the most accurate monthly payments.

How much will you put down?